I didn't mean for this to happen

Dear Blogger,
I didn't mean for this to happen. I'm in a serious relationship with Tumblr now. It started awhile back - to be honest, I forget when exactly.
But even without Tumblr, you've gotten to be rather high maintenance. Your editing platform seems to change every other day, and I'm never quite sure where the publish post button is. Also: it's kind of a pain in the butt to attach photos to your posts. They never seem to be placed where I want them to be. Or sized the way I want them to be. And the caption layout leaves much to be desired.
I also want to expand on the topics I write about. Don't worry, it'll always lean a little towards education. But there's more to writing than commenting on American education policy, and the basketball antics of Arne Duncan.
We'll still be good friends. I'll come back and visit. Who knows, my fickle heart might find Tumblr too shallow, too contrite, not original enough (all the reblogging and whatnot). We'll see.
In any case, good times. Come visit me too.
Posted by bun2bon at 08:16 2 comments

...some of my students act the way they do when they work in a small group.

Want to read something awesome?

Click here. This person just described every. Single. Day. Of my life in the classroom.

Except sometimes - just sometimes ::ahem:: - it doesn't turn out as peacefully as that.
Posted by bun2bon at 21:02 1 comments 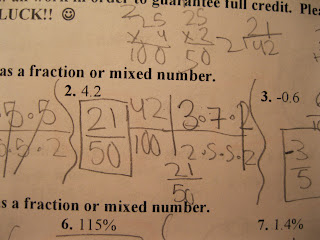 Question: What are some good tips on how to handle students who highly enjoy minding everyone's business but their own?

Three school days only since winter break and I'm ready for another two weeks off. 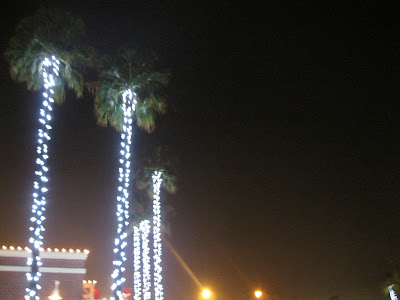 A little more than a week has passed since the last day of school before winter break, and yet I feel so much more relaxed. What have I done since then?

I've also had a lot of time to think. In general, I think too much, and I don't act enough. Thinking a lot about the new year...about being closer to 30 than to 25...about the future and what it holds...

Professionally, I would like to accomplish these things in 2012:


~ become tenured at my school:lots of people have this thing against tenure. So do I, actually, if it's automatically given and never contested in the future. But I think I'm well on my way to earning that status. I work really, really, REALLY hard. I have positive results. Last year, I had better CST scores than the other Algebra Readiness teacher - who, according to the principal, is the best teacher on campus. By the end of June, tenure would be deserved.

~ learn Spanish. Just cuz' this skill is a no-brainer in Cali.

~ restart that dang masters program I've been procrastinating on. Yep, I keep saying I will, and I keep telling people I will, but in the end, I haven't yet. I push it aside, convincing myself it's not urgent. It's certainly not as urgent as handling Textbook ADHD Boy, or Rude Boy, or I-Double-Dog-Dare-You Girl (huh, I haven't blogged about these students have I? The stories I can tell about these kids are killer). No, it's not urgent.

But that doesn't mean it's a good idea to purposefully make it non-urgent.
Posted by bun2bon at 23:46 0 comments

Patience is not a thing 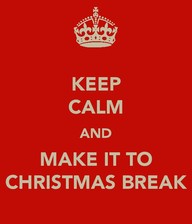 Patience is not a thing right now. It is an escapee of the prison that is my soul.

Ha. Was that emo enough for you?

Even without a calendar, it's really easy to tell when it is the last week before winter break. The students are tired. I'm tired. The admin is tired. The support staff is tired. I think even my backpack straps are tired.

Dear Sub Who Bailed on Me:

This does not bode well towards you being called back. Nuh-uh.
Posted by bun2bon at 19:18 0 comments

Riding on a positivity wave, results of the 10 day Thanksgiving Break. It wasn't great in 6th period today - but it wasn't terrible either. Chatty, at least no one was rude.

I also have a plan. A glorious, mind-boggling, complicated, life-long-work-type of plan. It involves that D-word: Differentiation.


I love the idea of differentiation. I love it in theory. I have yet to love it in practice. So many places to begin, and seemingly each thing can't live without the other being implemented at the same time as well. Which only adds to the "Dude, I am SO. Not. Doing. That." feeling.

It also looks like those 12-hour days are coming back.....hm. That doesn't sound appealing. Setting a limit for myself to no more than two 12-hour days in the classroom.
Posted by bun2bon at 17:41 0 comments

Winter assembly is coming up! I wonder what the teachers' skits will be like? It's time to start brainstorming.

Wrapping up the first half of the Algebra Readiness curriculum and giving the semester final BEFORE winter break. Gotta love that!

Writing more. Just, writing more. Carving out time to write, on purpose. Not just because I feel like it, or want to, or have a few minutes to spare. But consciously making it a priority.

This time of year makes me want to set and plan goals. Come on ideas! Bring it!
Posted by bun2bon at 10:40 0 comments

I remember it being really difficult to go back to work after Thanksgiving break last year - much more difficult than after winter break. Not quite sure why - it certainly isn't because of length.

Perhaps it's because Thanksgiving break comes during a time when a break is needed - highly needed. I've needed this break a lot. I've cut my hair (after 1.5 years without a hair cut!)//got a flu shot (after 5 years of no flu shots!)//got my car serviced (6 months since the previous service!)//baked//read//wrote Christmas cards and sent them out//bought a pair of waterproof boots//organized personal papers//slept a lot.

I love Thanksgiving break. I also love the fact that I got to spend a whole day in the classroom - no students, no colleagues, just me. Prepping, cleaning up, grading, organizing. You would think I do that everyday anyway - and I do. It's just never enough to keep up with the rest of the action. New system perhaps? 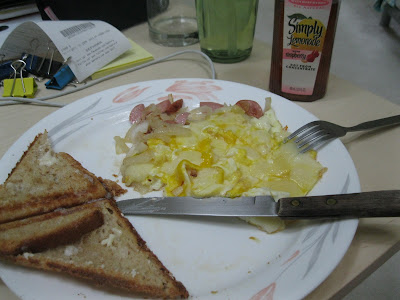 Leisurely breakfasts were also taken during break. So nice.